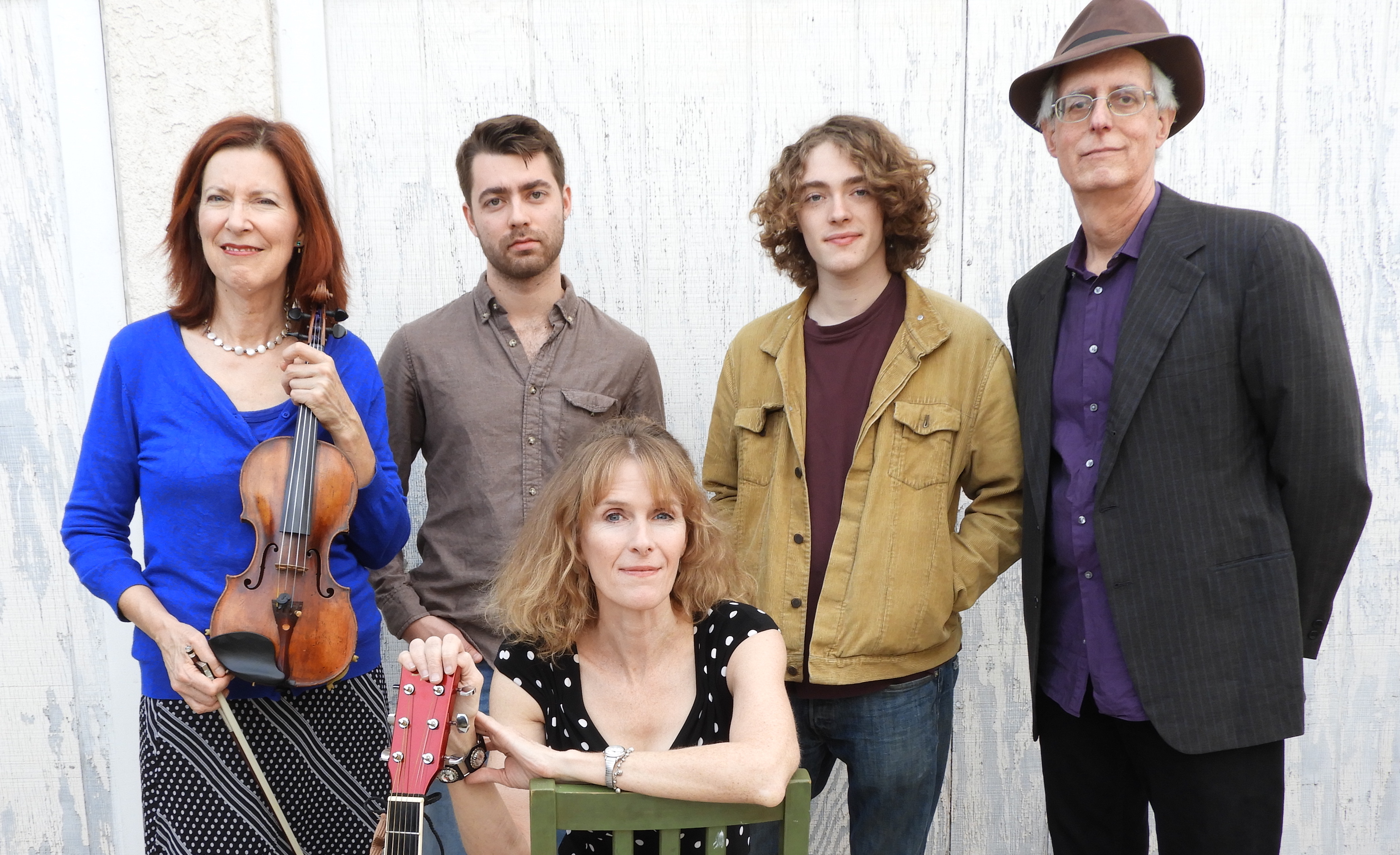 Back in 1987, the Los Angeles-based band Wednesday Week, fronted by singer/guitarist Kristi Callan, drew favorable comparisons to The Bangles with their acclaimed album What We Had. While Wednesday Week is just a memory, Callan is still active, now fronting Dime Box Band, which just released its second album, Happy, now available via CD Baby, Amazon and all the major download and streaming services.

Dime Box Band is a family affair of sorts, as the lineup on Happy includes her son James Nolte on guitar, the husband and wife team of Nick Vincent on drums and fiddle/mandolin player Lyn Bertles, and their son Alex on bass.

Though you may not be familiar with Dime Box Band, it’s likely you’ve heard these musicians before. Aside from fronting Wednesday Week, Callan’s played with David Gray, Dave Davies and the Cruzados. Bertles’ credits include stints with Rob Laufer, Holly Vincent and the Continental Drifters, while Nick Vincent has played with such legends as John Fogerty, Art Garfunkel and Frank Black. Nolte has toured with Johnny Echols’ Love Revisited and also done time with Dave Davies, as well as stint in The Last.

It’s on Happy, though, that these talents come together to construct a unique blend of Americana and solid rock ‘n’ roll that’ll have you begging for more. The album has already racked up critical accolades.

“These new songs exude the kind of emotional velocity that only the great groups can create, filled with years of playing shows and holding their heads high,” writes music industry veteran Bill Bentley in his Bentley’s Bandstand column in Americana Highways. Mark Keresman of ICON Monthlywrites, “Imagine Alison Krauss and Union Station with a judicious jolt of rockin’ energy and you’ll have an idea of the delights of Dime Box awaiting you.”

Don’t miss the boat. Dime Box Band is here. Now’s the time to get Happy.